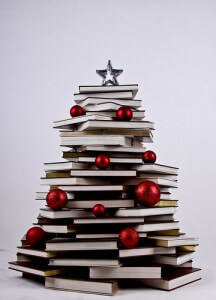 An exam disaster is not common, but when it happens, it is normally spectacular.  It’s Christmas time and everyone is getting excited! Some of my more annoying colleagues have not only insisted on decorating their offices; their tasteful ‘peace and goodwill to all academics’ is spilling out and polluting the corridor as well.  I didn’t see this exam disaster coming, and there was nothing I could do about it. It was very close to the end of term there were only a few staff drinks parties to attend and the horrendous ‘All-staff Christmas Lunch’ – that is unequivocally a different entry and I topic to which I shall return.

I was in my office, congratulating myself for avoiding the carol concert and the warm sherry (Asda’s finest), when the Departmental Administrator popped her head round the door.  She is one of stalwarts of university, totally unflappable, seen everything and nothing ever troubles her. She said: ‘Are you busy?’, I thought she was about to suggest cake and coffee, so I said ‘No, what’s up?”  “Some 4th years are here, and want to speak to somebody and they don’t look happy” she replied.  I suggested that she send them in, however, she answered:  “I don’t think they will all fit in to your office, you had better come out!”  Going, with some trepidation, I discovered about 200 absolutely raging 4th years.  This was a university exam disaster of biblical proportion.

So, the exam was Advanced Operations Management, it was the only core class for all 275 honours management students, and contributed 10% of their final honours classification.  This exam disaster was a perfect storm.   Some of the students were crying, others were shouting, all were complaining and a small, sensible, pragmatic group at the back had started drinking!  Despite my initial wish to go an see what the drinkers had to share, I felt that would not go down well with the massed horde that was now baying for blood.  I was also very motivated to make sure it did not become my blood.

The exam disaster was absolutely hilarious but not actually funny.  So the lecturer, who is actually a very senior and well published professor in the Department, had taught this course using 12 case studies.  At the beginning of the year he told the class which six of the 12 case studies would come up in the final exam.  The exam would have six questions and the students were expected to answer three of them. So, basically, on day one of the course he told the students they really only needed to pay attention to 25% of the material provided of the case studies. However, he got his case studies confused he actually told them to study the very six that did not come up in the exam!

I went to find the lecturer, who basically refused to see the students, but was happy for me to fix his exam disaster in anyway I could.  My next port of call was the Head of Department, according to her secretary she was in a bar nearby doing shots with the PhDs students; well, it was 1pm!  So, I contact the Dean the who repeatedly emphasised that we were in the middle of the National Student Satisfaction survey and made it very clear he didn’t care how I ‘fixed it’ as long as the students were happy.  So, in summary the entire honours cohort had been told to study the wrong topics for the exam, the lecturer had no wish to talk them, and the Head of Department was having a lunchtime session and the Dean was worried about customer feedback forms!

So, what happened? Well, I offered the students the following: All exams would be marked and their final grade would be calculated with and without the exam mark. They would, of course be awarded they higher of the two.  If they were still not satisfied the could sit the ‘alternative exam’ (aka the one they thought they had revised for in the summer exam diet.  Everyone wins a prize… students are happy and the Dean still gets good customer feedback!

So if you are caught up in an exam disaster the moral of this story is a simple. If you are an academic make sure that you are never alone in the department as you don’t want to be left to fix it.  However, if you are a student and faced with an exam disaster – don’t panic – the university will bend over backwards to fix it.  They are more worried about the National Student Satisfaction survey than you are about your degree classification!

The ‘Secret Professor’s great heroine: Professor Elizabeth Anscombe (above). The greatest English philosopher of her generation and Ludwig Wittgenstein’s literary executrix. She was outspoken, often rude, smoked cigars and sported a monocle.